Atty. Kristoffer Claudio, commonly known as Kim, was admitted to the bar in 2013. Right after taking the bar in 2012, he spent a few months working at the Senate. He, then transferred to the Ateneo Human Rights Center as a program officer of its child rights desk, the Adhikain para sa Karapatang Pambata (AKAP). He spent one year traveling around the ASEAN advocating to build a child-friendly ASEAN. In 2014, he transferred to the Humanitarian Legal Assistance Foundation, Inc. (HLAF) where he works to protect and promote the rights persons deprived of liberty.

He is very passionate in teaching especially to those who are in need. He accepts lecture engagements from different agencies, schools and organizations on child protection, anti-bullying and juvenile justice. He is fond of creating systems and protocols and experimenting in implementing them. He initiated the crafting of the jail decongestion program implementation guidelines, which eventually birthed the Jail Decongestion classes of the Ateneo Law School and the University of San Carlos in Cebu.

He graduated with a degree Philosophy from De La Salle Univeristy – Manila in 2008 and with a law degree from the Ateneo Law School.

He likes to engage in debate and in his free time, he assists the high school debate team of his Alma Mater, Marist School. He also assists them in handling cases of students that can be considered to be children in conflict with the law or children-at-risk.

He loves to engage in philosophy and enjoys reading novels, playing computer games and drawing in his leisure time. 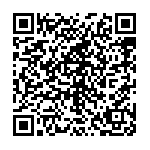